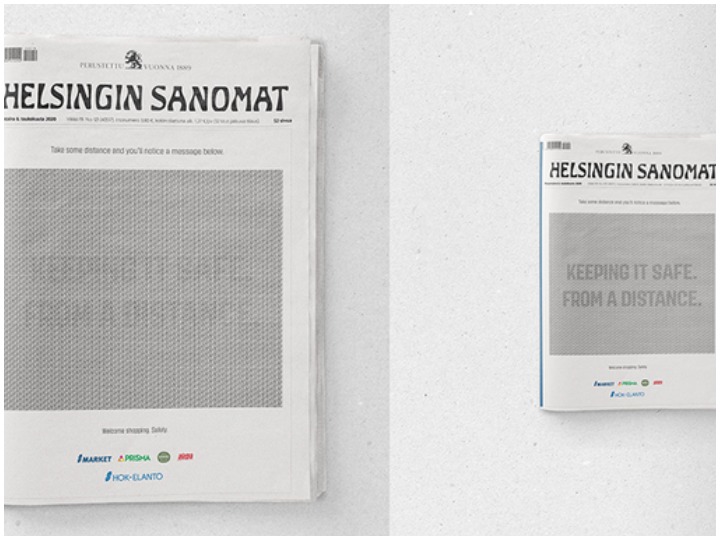 Social distancing has emerged as an option as a protection against the corona virus. Governments around the world are resorting to news media to make people aware. But Finland’s newspaper took the initiative for this by itself. The Helsingin Sanomat newspaper has published an advertisement to explain the importance of social distancing. The specialty of the advertisement is that you cannot read it in a simple way, but it can be read when you are 6 feet away. It will not be possible for the reader to read the article closely. The newspaper has adopted a virtual way to explain social distancing in a good way.

Word will be seen on closer reading

Let me tell you that the newspaper is published in Russian and English language. He has dedicated the entire page of the English newspaper to the name of social distancing. In the advertisement, the newspaper has instructed people to keep distance from each other. According to the advertisement, it can be safe from infection by staying away from each other. The management has adopted such a method in the publication of the advertisement that instead of seeing its words to the nearest reader, it will be seen as virtual only. However, the advertisement can be read easily from a distance of six feet. This initiative of the newspaper came to light when it felt that the people of Finland are not following the rules. In the time of global crisis, this unique way of fulfilling his responsibility is pleasing to everyone.

How did Finland make protein from the air?

G7Force launches new energy drinks made by the propriety formula.